The Bente Building represents the future of sculpture in the Upper Valley —  a safe and sustainable space accessible to all.  It is a working building, designed and ruggedly built to LEED standards to spark the imagination of the artists and the community who will create here.  The Bente Building is really all about the people who make art part of our everyday lives. 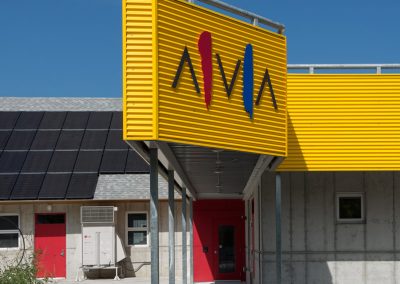 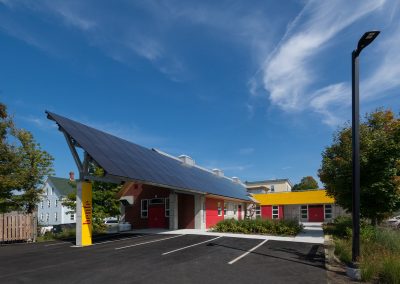 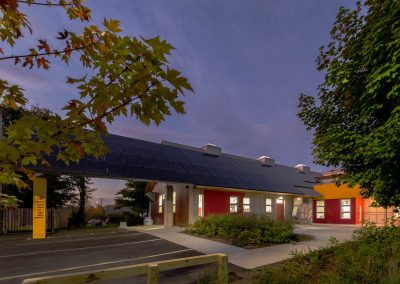 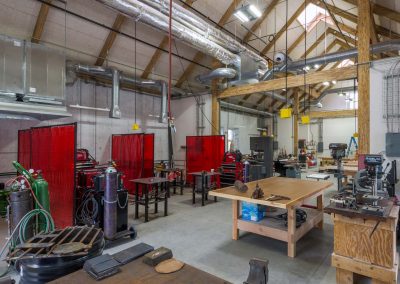 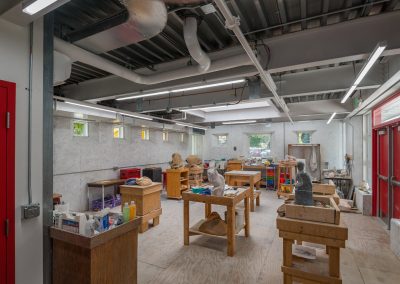 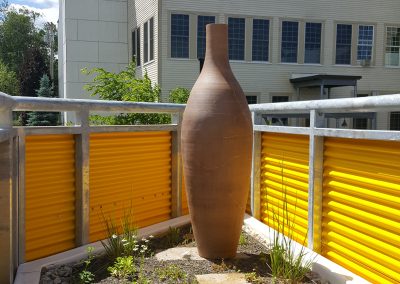 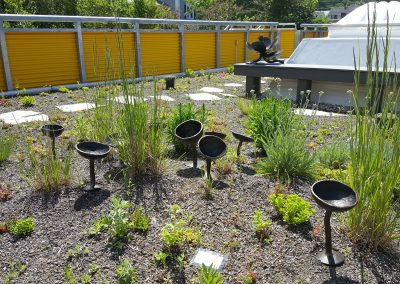 AVA Gallery and Art Center (AVA/Alliance for the Visual Arts) has just received word that their new building, the Bente Torjusen West Sculptural Studies Building in Lebanon, NH, has been awarded LEED Certification at the Silver level.

LEED (Leadership in Energy and Environmental Design) is the preeminent building rating system for the design, construction and operation of high-performance structures, and is administered by the US Green Building Council in Washington, DC.  Recognition is highly prized among building professionals and owners. In the program’s evolution, LEED has raised the bar, and AVA enrolled in the latest version, mandating a performance-based approach, calling for measurable results over a building’s life span.

The 4,000 square-foot Sculptural Studies Building was inaugurated in summer 2017. The most notable achievement for the building to date has been the measured energy performance over a two-year period, indicating that the goal of Zero Net Energy has been reached, and in fact surpassed, showing a net surplus over the time frame. A building can be “net zero” when it is produces as much energy as it consumes on an annual basis.  The 104 solar panel array, highly visible and a significant design feature, provides clean, renewable solar power for all the equipment used in the building, as well as for all heating and cooling. This is all the more remarkable considering the energy-intensive equipment used in the creation of three-dimensional art works—including welders, plasma cutters, woodworking machines, compressed air, electric kilns, grinders, etc., as well as an industrial scale ventilation system.  Surplus energy from the Sculptural Studies Building is fed to the Carter-Kelsey Building, AVA’s “mother ship”.

Energy savings initiatives were undertaken to minimize the energy load prior to designing the renewable energy (solar) system. Walls, roofs and floors are well insulated and tightly constructed, the key to attaining high performance operation.

The 12-foot high walls are concrete to meet fire safety standards and to provide a rugged finish for the robust physical activities involved in making three-dimensional works of art, not to mention the raw factory feel intended to inspire artists to engage in the creative process without fear of damaging their “home.”  Concrete represents an environmental challenge, as it requires considerable energy to produce, and this made it all the more important to operate the building with solar power.  6” rigid insulation is sandwiched between two concrete layers, allowing the thermal storage properties of concrete to play a major role in maintaining even temperatures in summer and winter.

Durability is another key green building factor assured by the concrete walls: the building will be free of the ongoing maintenance requirements of wood frame structures.

During daylight hours the studios—stone carving (The Winkie Kelsey Stone Carving Studio), clay, wood and metal—are naturally lit from windows and four skylights, one for each studio. Efficient LED light fixtures are equipped with sensors which dim the lights when there is adequate daylight.

The vegetated roof above the Stone Carving Studio is one of the most attractive features of the building, providing an elevated outdoor garden, accessible to the public. It provides an important function in containing water from intense cloudbursts and pre-treating run-off, beneficial to the City’s storm water system. It has the added virtue of creating habitat for birds and insects, demonstrating that new construction doesn’t always mean the destruction of the natural world.

As AVA’s entire campus is now LEED certified, the nonprofit organization has adopted the strategy of “continuous improvement” and is constantly looking at ways to operate more efficiently. AVA’s environmental actions demonstrate a desire to “combine science and art in moving closer to the goal of a carbon neutral complex,” according to Bente Torjusen.  The building’s architect, Stuart White, says “the timing is propitious arriving amid hopeful signs…around the world that action on climate change on a global scale is moving to the front burner.” Throughout this period of developing new initiatives and strategies to help further environmental stability, AVA’s board, donors, staff, artists and especially former Executive Director, Bente Torjusen, provided support and guidance, fully embracing the environmental goals of both projects.

AVA’s Sculptural Studies Building was made possible thanks to the generosity of numerous private donors, as well contributions from foundations and corporations.

AVA Gallery and Art Center/Alliance for the Visual Arts is a non-profit organization representing Vermont and New Hampshire artists. Founded in 1973, AVA is committed to fostering public awareness of the visual arts through year-round exhibitions, classes, workshops, films, lectures and other art-related events. AVA Gallery and Art Center is supported, in part, by the New Hampshire State Council on the Arts and the National Endowment for the Arts.