AVA’s Plans for the Future 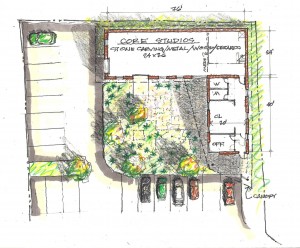 AVA’s plans for the future include a new building for 3-dimensional studies, to be constructed on our recently acquired property behind the parking lot on the north side of our Carter-Kelsey Building.

Construction of the new building will begin late summer/early fall 2015; completion is scheduled for spring 2016. It will be constructed to meet “LEED” (Leadership in Energy and Environmental Design) requirements.

In spring 2016, the current Stone Carving Studio will move from AVA’s Carter-Kelsey Building

to the new 3D facility. The former Stone Carving Studio will then be transformed into an additional exhibition space for a Members Gallery; this gallery will expand opportunities for sales and promotion of works by the many talented artists who are members of our organization.

A $3.5 million capital campaign is underway to realize these plans. This campaign also includes

Initiatives that will make our facilities net-zero by 2017 (including the installation of solar panels). In addition, it will help eradicate the mortgage on the Carter-Kelsey Building and make possible the establishment of a reserve fund to position AVA for a vibrant future.

This past spring, we were pleased to announce a new initiative: AVA’s Green Building Challenge. Its aim is to significantly shrink our carbon footprint, with the goal of making our facility a “net zero” building by 2017. In other words, we hope to have a building that ultimately produces more energy than it consumes.

As we continue the conservation efforts that began with our 2007 building renovation, we will also begin tapping into the significant solar-power potential of our site.

The first phase of this goal began in May, when we contracted with the Jordan Institute to focus on the energy-saving opportunities inherent in our building and to examine the potential for renewable energy. In hiring the Jordan Institute—New Hampshire’s premier think-tank dedicated to addressing climate change in the built environment through aggressive building efficiency upgrades— we will once again be working with the team that was instrumental in our achieving LEED (Leadership in Energy and Environmental Design) Gold-certification for our renovation. Jordan’s staff, led by Paul Leveille, is currently analyzing three years of our energy consumption, both thermal and electrical. (It is already evident that the 2011 LED lighting upgrade in our gallery spaces made a significant reduction in kilowatt-hours.)

The strategy is to reduce the electrical loads as much as possible (measuring devices placed throughout the building will identify areas for improvement), then address the solar potential of AVA’s rooftop as well as other areas capable of producing both thermal and electrical energy.

The prospect of making the “new” old Carter-Kelsey building net zero has energized AVA’s Board, staff and friends. It builds on work that has been accomplished over the past several years and reflects our ongoing commitment to sustainability. It is in our DNA: The Arts and the Environment—a winning combination! 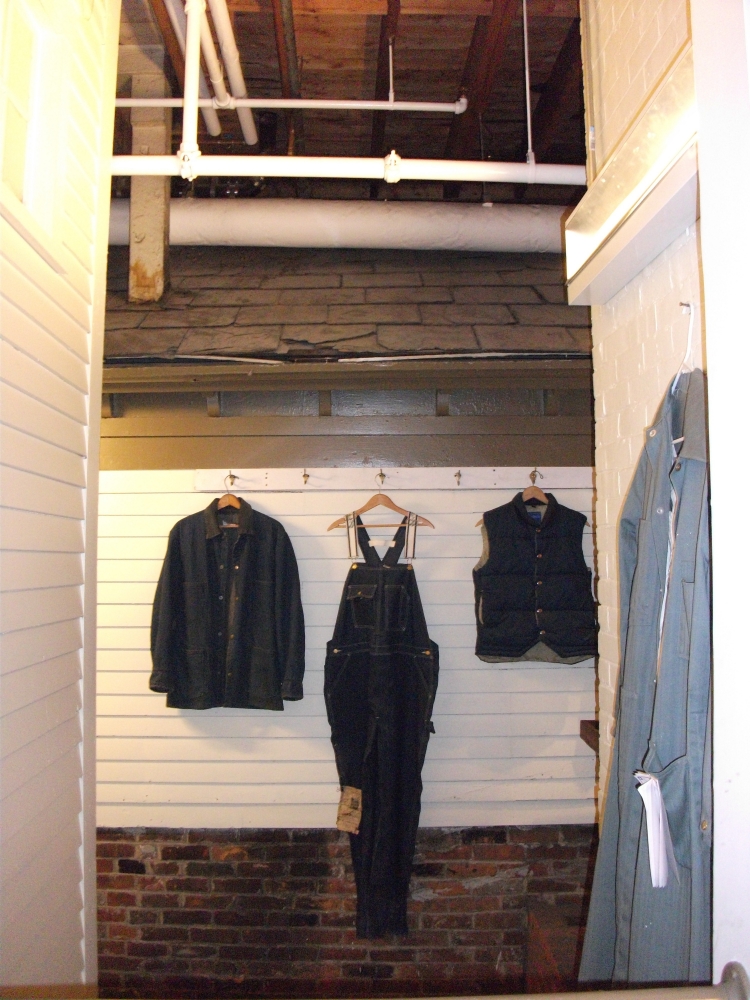 The historical display area features part of an exterior wall of an old warehouse that came to light during AVA’s 2006-2007 renovation of the former H.W. Carter & Sons overall factory. The warehouse was built in 1859 by H.W. Carter when he was a young traveling salesman, then known as “The Merchant Prince of New England.” From 1870 on, after Carter had decided to become a manufacturer of work clothes, he built addition after addition around this warehouse as the factory expanded.

After more than a hundred years of manufacturing, the H.W. Carter & Sons overall factory closed its doors in 1985. In 1990, AVA became a tenant at 11 Bank Street, then acquired the building in 2003. During the ensuing renovation, part of the old warehouse, with its original slate roof supported by Victorian brackets, was revealed. Segments of the slate roof have also been incorporated into the east walls of the adjacent renovated bathrooms on the first floor – unsuspecting visitors all delight in the fact that these modern “green” restrooms, with dual-flush toilets, also feature the “archeological remains” of a nineteenth-century structure. This historical display area, which is augmented with vintage clothing, tools and mementos showcasing a vital manufacturing past, offers visitors a fascinating insight into the building’s importance in the history of Lebanon and the Upper Valley.

At the reception and unveiling on Saturday, April 28, remarks will be given by Stephanie Jackson, granddaughter of H.B. Jackson, who was co-owner of the H.W. Carter & Sons from 1902 to 1928, and sole owner until 1965, when his two sons, Frank and Stanley took over the ownership. Members of Lebanon Historical Society and trustees from the Lane and Elizabeth C. Dwinell Charitable Trust will also be present.

Last November, during the presentation of the Hanover Area Chamber of Commerce (HACC) Business and Community Leadership Awards, much praise was bestowed upon AVA. As noted in our previous publication, AVA was the recipient of the “2011 Business Innovator of the Year Award”—one of four HACC awards.

Each of the awardees had sponsors who, in their eloquent speeches, succinctly summarized the specific achievements that earned their awards. AVA was deeply honored to be sponsored by longtime supporters Jane Kitchel and Peter McLaughlin of Chicago Soft. In her lovely presentation, Jane emphasized that she and her husband Peter appreciated the wealth of inclusive art programming that AVA offers. She went on to say that they were particularly impressed with “AVA’s ability and desire to reach outside of their own interests and bring value and art to unrelated organizations, populations and programs.”

While Peter was unable to be present at the festivities, Jane said that his many years of service to the New Hampshire State Council on the Arts had made him appreciate, with great pride, that AVA holds a special position among arts organizations in the state. She concluded her speech by saying that Peter believed it was AVA’s “willingness to take programmatic risks while demonstrating fiscal prudence that has allowed them to not only sustain, but to thrive during tumultuous times.”

We wish to express our gratitude to Peter and Jane for their generous support and gracious sentiments; to former AVA Chair Linda Roesch, who spoke compellingly about AVA; and to Hanover Area Chamber of Commerce for so masterfully organizing the award ceremony and producing the impressive program for the event. (This publication showcases AVA in a stunning double-page color spread.) Finally, we wish to congratulate our fellow winners: Advance Transit; Julia Griffin, Hanover’s Town Manager; and Lou’s Restaurant.

C. Stuart White, Jr., who headed Banwell Architects’ superb design team for AVA’s building renovation, has received yet another prestigious award. Last November, Stu was honored with the Sustainable Designer of the Year Award by the New Hampshire Chapter of The United States Green Building Council. In addition to being cited for his recent achievements (including AVA’s LEED Gold-certified building), Stu was also celebrated for his “lifelong commitment to innovation in the sustainable design industry.”

We are thrilled to announce that AVA Gallery and Art Center will receive the 2011 Business Innovator of the Year Award from the Hanover Area Chamber of Commerce (HACC). HACC will present four awards to individuals and businesses who, in accordance with the chamber’s mission, have contributed in various ways to invigorate the economic health of the Upper Valley, while adding to its well-being.

The Business Innovator Award, to be presented during a festive ceremony at Dartmouth College’s Hopkins Center on November 15, 2011, is “given to an area business whose ingenuity and creativity enhanced the vitality of the community.” The award notification letter notes “how AVA has evolved into a critically important contributor to the culture, economy and lifestyle of the Upper Valley.” It also emphasizes how AVA has succeeded in bringing together “disparate people and organizations” to create “a regional art center where people of all ages and experiences can come to pursue personal interests that continue to elevate the profile of the arts in the Upper Valley.”

Doug Wise, HACC’s Leadership Awards Event Chair, points out that “all four of this year’s winners are strongly committed to sustainability and the ‘greening’ of the Upper Valley.”

Doug states, “AVA’s impact in Lebanon and beyond is awesome!”… a claim we will surely not refute!