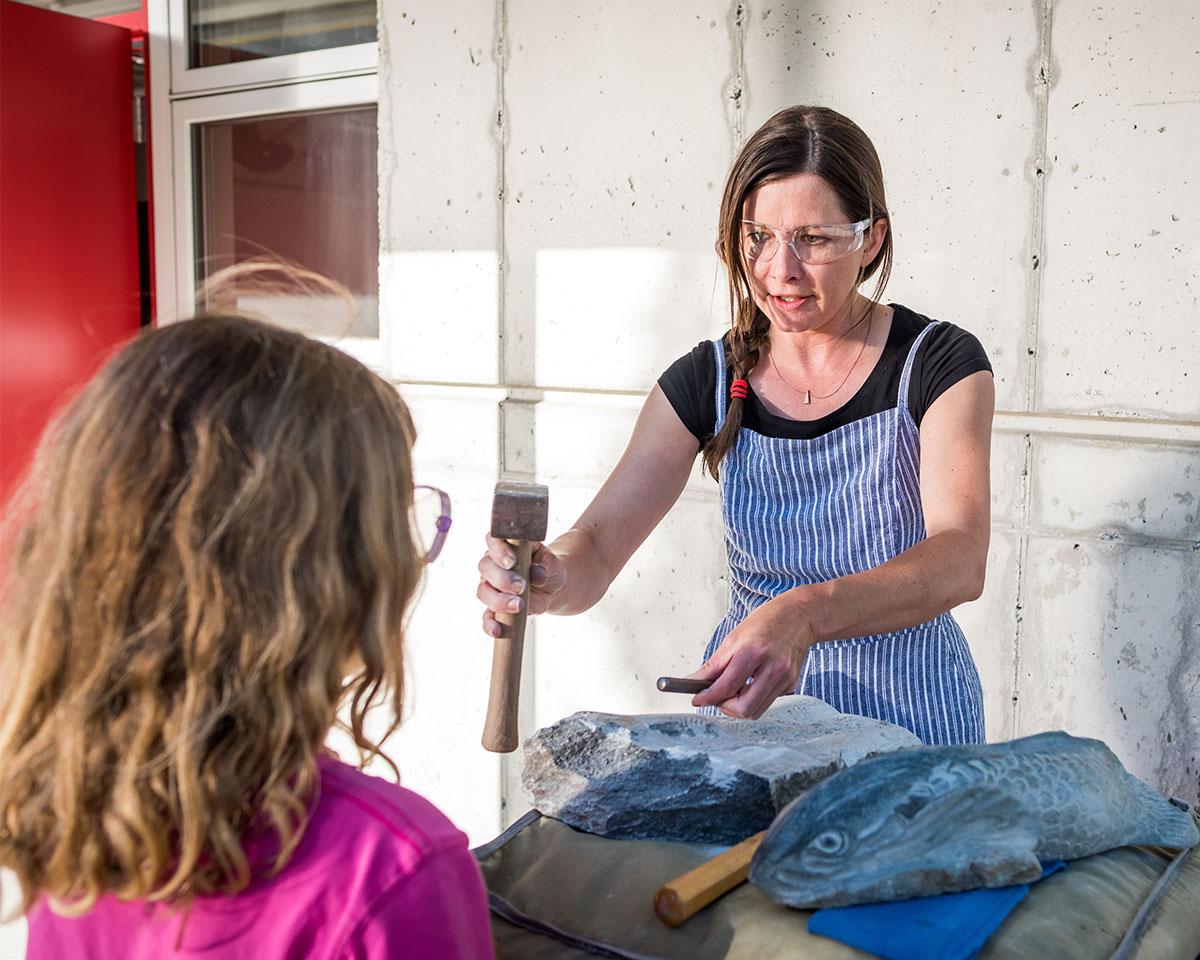 Stone carver Heather Milne Ritchie loves to observe that moment when her students find their way into a piece of granite.

“You can see it in their face and the way their body moves,” she says, referring to the repetitious nature of chiseling little by little into so unforgiving a material. “When they start seeing the groove they’re creating, it’s verification that their effort is actually making space in the stone. That’s when it starts clicking.”

She has learned over 20 years in the craft that finding the groove—both carved and embodied—matters more than muscle strength. “Carving is less about brawn, more about the rhythm.”

And endurance. And patience. “You don’t have to be strong,” she adds, “but you have to be willing to stick with it.”

Ritchie’s own beginnings with stone go back to a college internship with the Vermont Historical Society, during which she got to put both her love of history and her art skills to use. “Back then we didn’t have digital cameras to shoot artifacts, so I was drawing the items to catalog them,” she says. Her tasks broadened when she was given the opportunity to curate a showcase of old Vermont stone carvers—a rich tradition with substantial roots in Barre, VT.

“As I did the research, I became genuinely fascinated by stone carving,” she recalls. “But I never thought it applied to me.”

After college, Ritchie was living in New York City (“on a friend’s couch”) when a woman from her internship reached out to her about a granite carver back in Vermont who was looking for an apprentice.

The apprenticeship, funded by the Vermont Folk Life Center, would put her side by side with celebrated sculptor George Kurjanowicz.

“It was springtime in New York, and the city was starting to thaw—and smell,” she says, so almost on a whim, she packed up and headed back north to Barre for her first real foray into stone carving.

Ritchie found the production-driven environment of Kurjanowicz’s studio immediately challenging. “It was really hard,” she says. “The material, the tools, the process—it was hard. And unlike any kind of sculpture method I’d done, it was all about removal, having to see what needed to go away.” 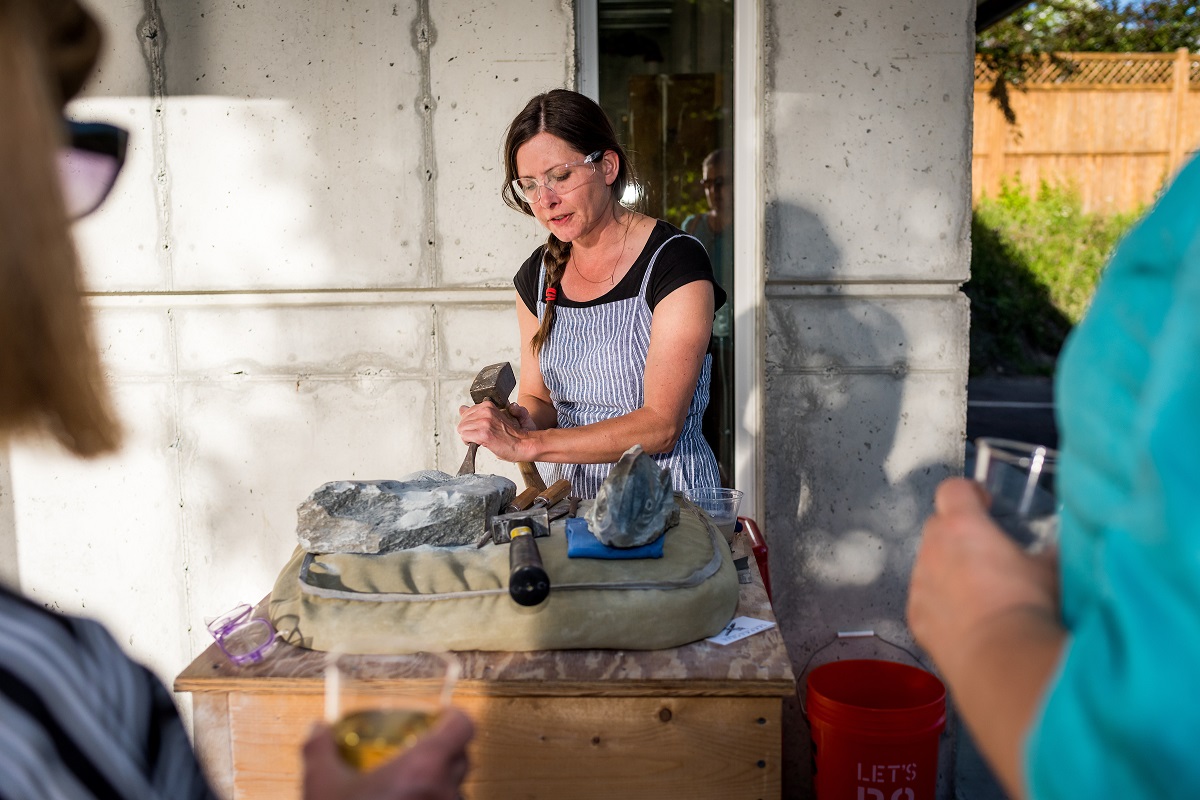 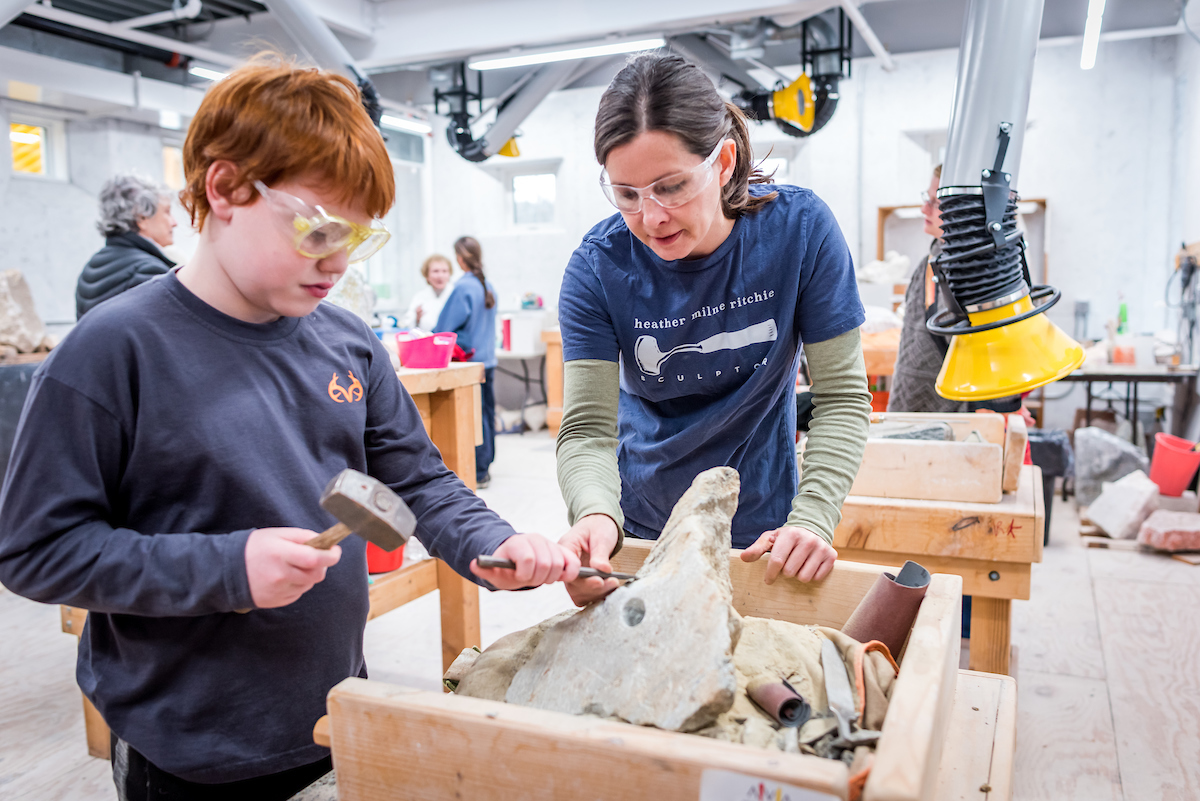 In spite of being, at the time, the only woman there—for which, she says, she “got a bit of heat”—her tenacity and deep inner drive sustained her through the apprenticeship. And it was how she picked up those virtues of rhythm, endurance, and patience.

“I know what a challenging material granite is for someone considered weak or who doesn’t have the brawn for it,” she says, “because that’s how I felt for the first 10 years. But I kept at it and did my job.”

Ritchie’s body of work includes a series of sculpted bookends and torso fragments that are powerfully feminine (“a combination of hard material and softer content [that] people find titillating”) and explore the human form’s complicated individuality. “In life, love, and struggle, we all share similar states,” she says, “but to each of us the form is unique.” 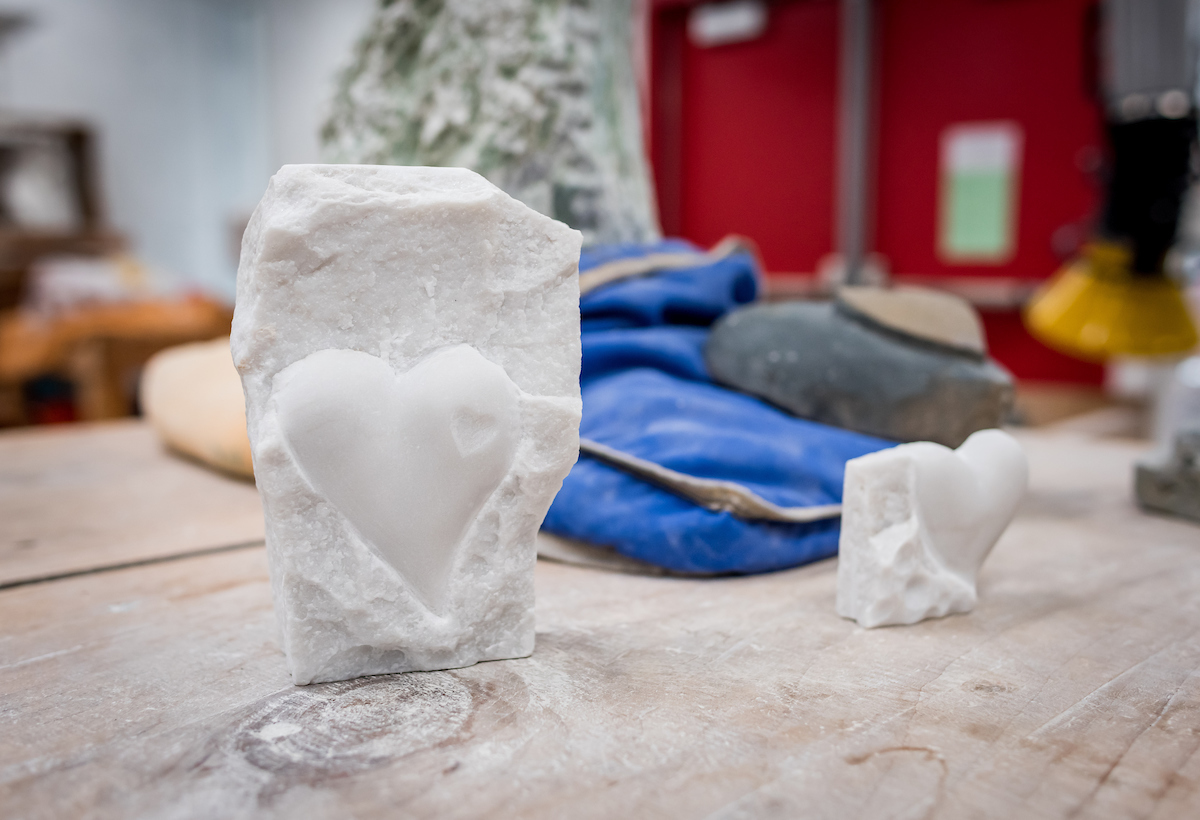 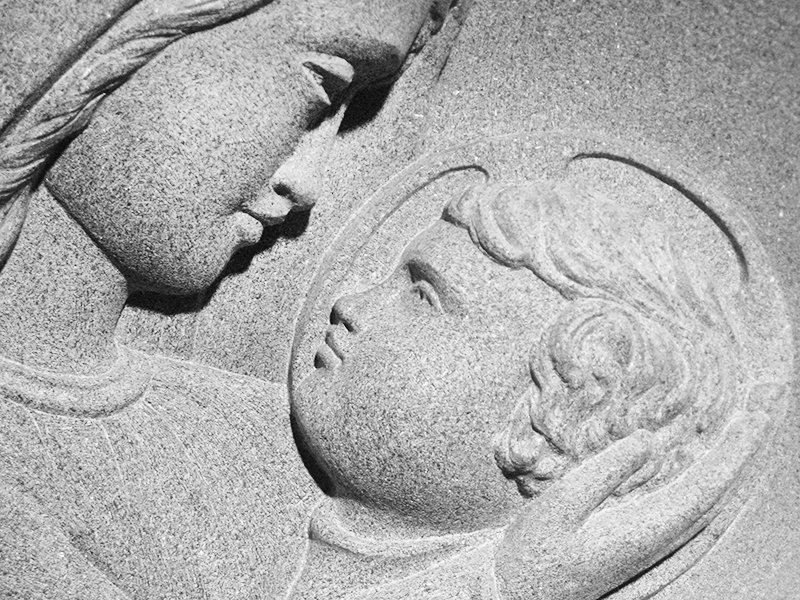 As a woman in the field, she says, “I definitely feel like I’ve broken ground, and I hope other women confide in me to help them navigate this space, though I don’t know if I can make their journey overall any easier.”

She brings a hardened philosophy, if you will, to the workshops she has begun teaching in AVA’s Bente Building this winter. “I cut through the wishy-washy of making art. I want my students to learn good methods and the basic techniques on the way toward having a creative experience.”

Because although she admits it’s not the most “touchy-feely” medium, Ritchie believes firmly that there’s something very special about working with stone.

No one says it’s going to be easy, but for someone who likes a challenge, all the hard work with this hard material offers lots of reward.

Read more about Ritchie and explore examples of her work on her website.