At AVA’s Silent Auction Party, A Community Loudly In Support 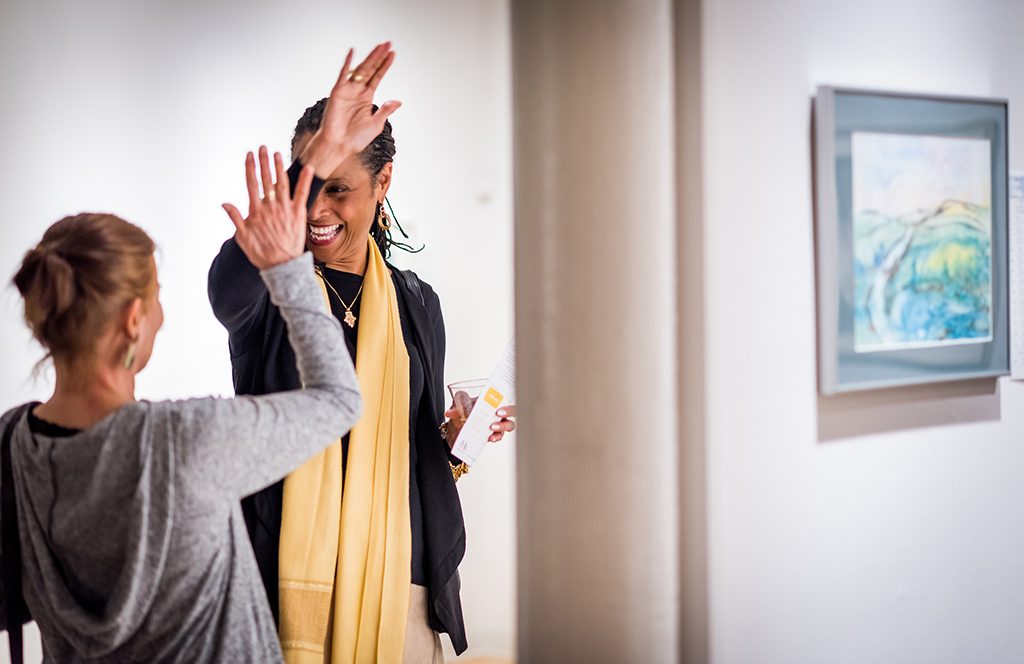 You could hear violins and the hum of the gathered crowd even before you entered AVA Gallery and Art Center last Saturday, April 7, for its annual Silent Auction Party.

Not much was silent about this year’s auction, nor was enthusiasm in any way subdued among attendees—who included AVA members and volunteers, local artists, and community supporters—plucking hors-d’oeuvres from passing trays and sipping wine while they artfully outbid one another on a range of donated artworks that filled the gallery space. 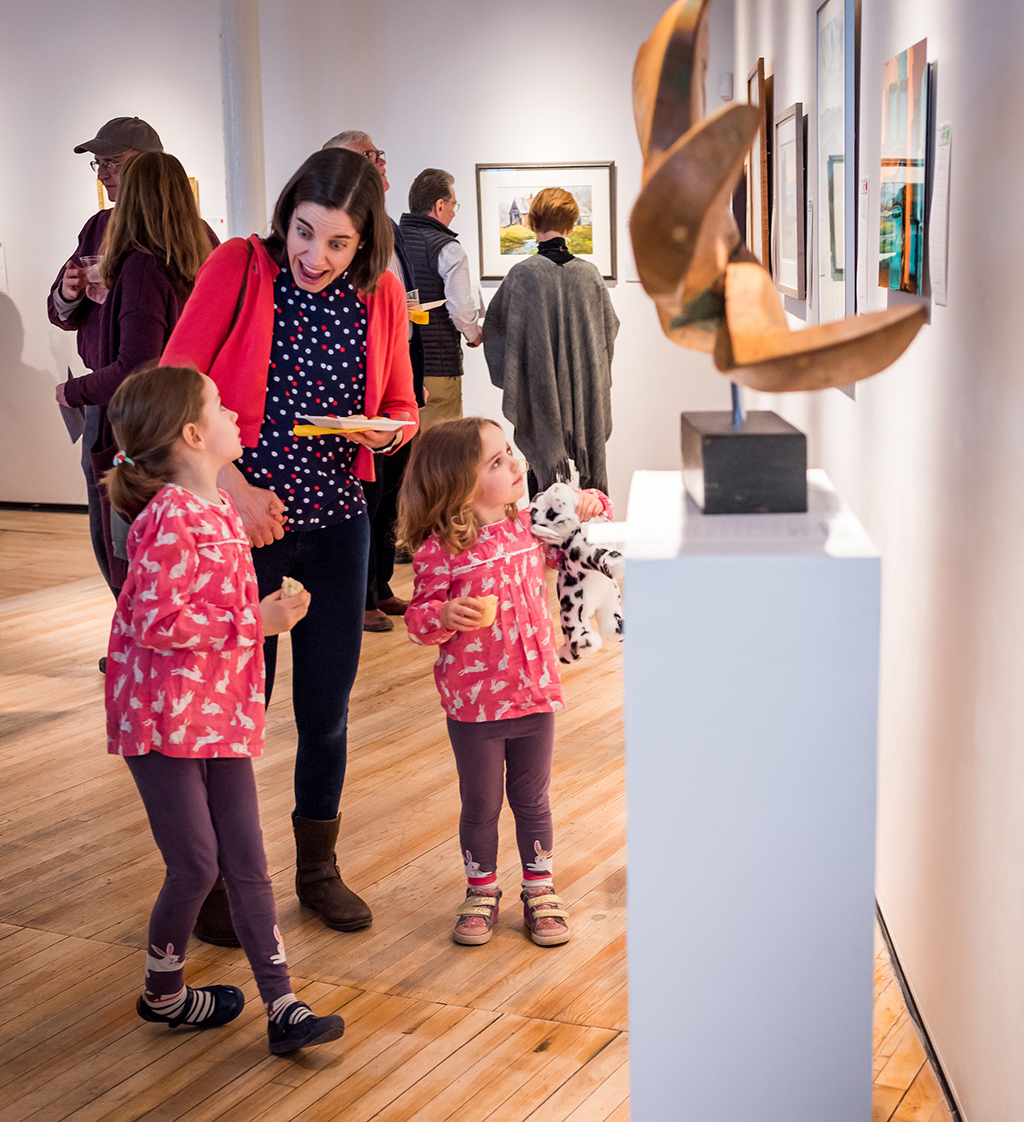 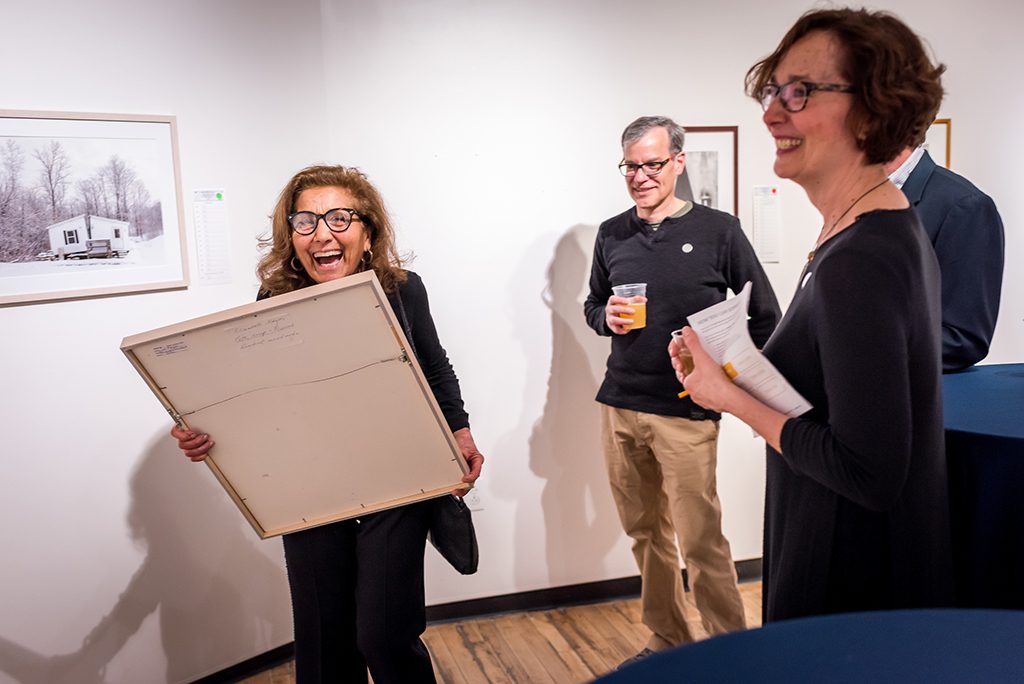 Violinists Betty Kim and Katie Wee provided the elegant soundtrack to an event that helps to sustain and extend AVA’s mission for the arts in the Upper Valley. Paintings, mixed media works, sculpture, jewelry, and much more went home to the highest bidders, and resulted in over $40,000 raised for AVA.

Those whose walls at home are already full could choose to “Fund A Need” from a wish list of AVA opportunities and initiatives, including sending a kid to camp, hand tools for the new Bente Building, and computers for AVA’s Digital Arts Media Lab. And many needs were funded.

Measured in part by competing bids, the community’s support for AVA seemed only to grow as the night went on. And auction-goers grew less silent about what this arts organization means to them and their experience living in the Upper Valley. 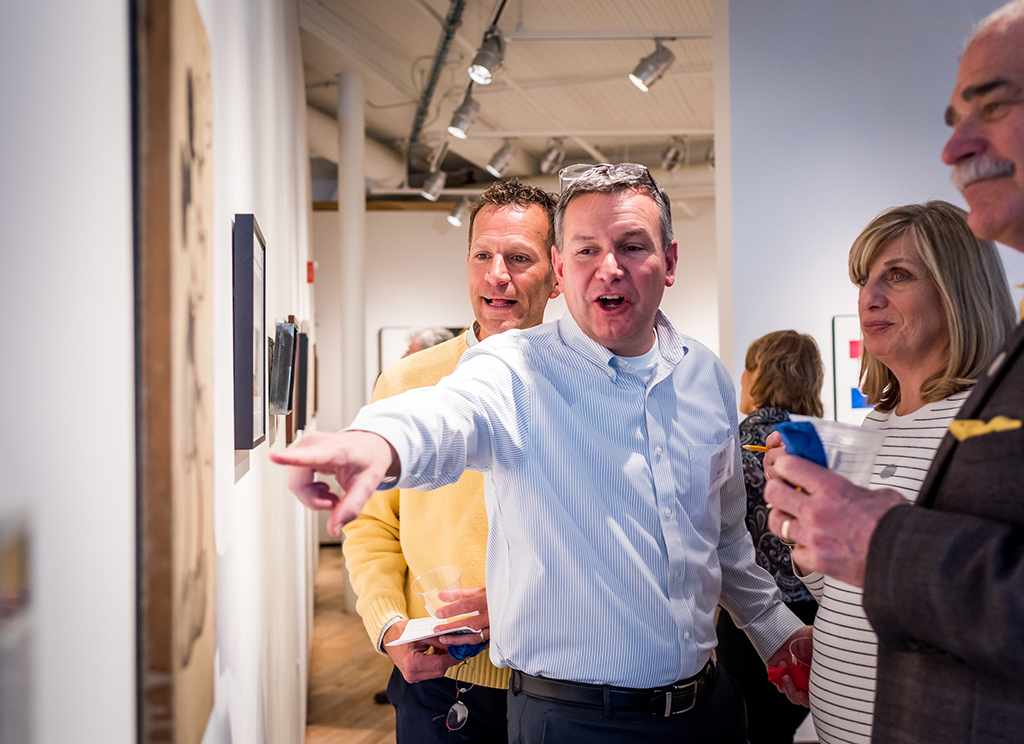 Deborah Sherwood, a ceramic artist in Hartland, VT, is glad to have connected with AVA since she moved to the area two years ago. “This seems to be the place that has the most significant art to offer the area, so I’m very excited about it.”

Casey Villard of Etna, NH, who has taken a handful of art and poetry classes, remembered when he worked next door and could count on a mindful midday visit to AVA to rescue him from a bad day. “I’d come over here and my spirits would be lifted. I’d feel more expansive, the weight lifted off my shoulders.”

Kathy Rines, also of Etna, NH, and a longtime supporter who has participated in AVA silent auctions, she says, “eternally,” reflected on AVA’s place in a community quietly bursting with arts. “I think Lebanon is one of the great undiscovered spots. We have AVA for the visual arts, and for music there’s the wonderful Upper Valley Music Center. We have Opera North in the summers. It’s become an amazing cultural center.”

Roger Goldenberg, an AVA faculty artist who has been integral to the development of the new sculptural studies program, said he moved here from Portsmouth, NH, two years ago because of AVA. “A lot of people will try to tell you that Portsmouth is the arts mecca of New Hampshire,” he says, “but I think it’s the Upper Valley. And I think AVA’s the hub.” 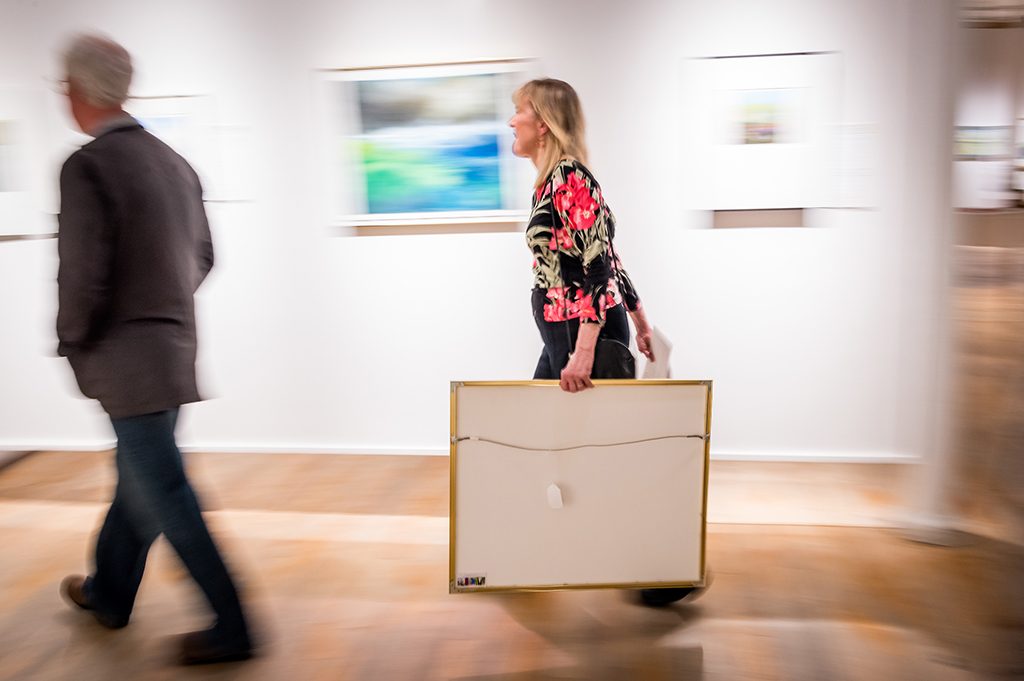